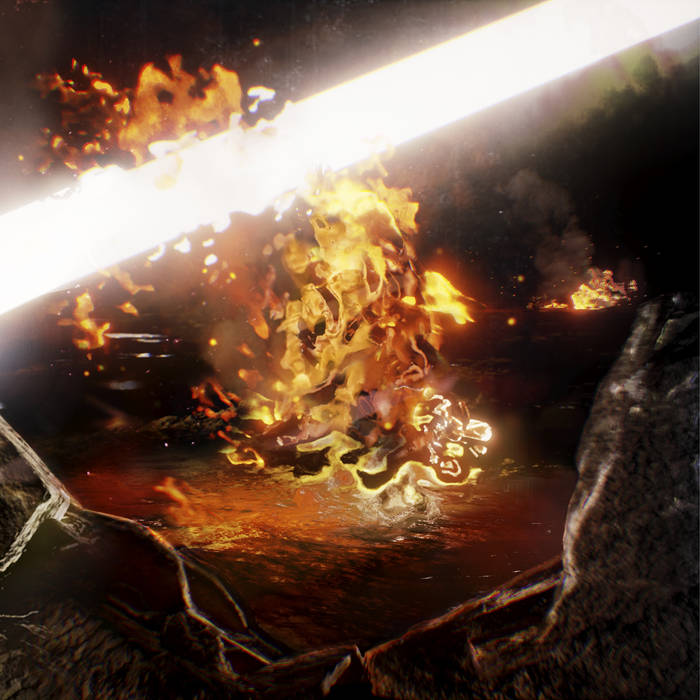 urrender This is incredible. This is the music I dreamt to find. Do you know this sense? You seek for something but you dont know what exactly. Favorite track: Linthen Heap.

"Industrial clangs and string-influenced synths permeate the LP, creating immense and visceral soundscapes. Sometimes mournful, sometimes punishing, constantly explosive and pounding, the sounds wander purposefully, while shrill, hostile vocal samples disorient the listener like a twisted funhouse maze. With all the samples of glass breaking and people screaming used in the darker annals of club music today, it can be rather challenging to use overly abrasive motifs in a manner that isn’t overwrought – but Eaves is certainly more than capable of pulling it off.

9/10" - "7 Bass & Club Music Releases You Need To Hear This Month." Mixmag. January 2017. Print.
------------
"Not for the faint of heart, Eaves’ debut ‘Verloren’ is the kind of album you play to scare the children. There are those huge organ stabs from ‘New Babylon,” full of Gothic menace and sounding not unlike John Carpenter’s ‘The Fog’ soundtrack for a start. Then there are the creaks, bangs and groans that the Brooklyn-based producer seems so fond of inserting at every single opportunity. Not to mention the dark choral interludes of ‘Exegesis’, which adds further layers of sonic distress via arrhythmic drill ’n’ bass-style drum attacks.

A series of short excerpts further reinforces the feeling that this is the world’s most disorienting horror film soundtrack, while the drones of ‘Mare’ and the fuzz of ‘Linthen Heap’ will please fans of Mogwai and M83 respectively.

With the combination of his academic history in architecture and long-time interest in the internet both being inextricable from his music-making, this album sees the Brooklyn-based producer placing a lens to the relationship we have with digital environments - operating in the uncanny valley in which we seem to find ourselves. Using last year’s GORILLA as a conceptual and sonic blueprint, Verloren, or “lost” in German, progresses from the former's four movements and examines our role as a detached audience on a macro level. These 16 tracks continue to explore the relationship between sound and physical structure. This time, Eaves drifts through fictional representations of our world in the future, finding that our present day seems to mimic them. Verloren exists in a liminal zone, where the screen tears and everything is greyed-out and blurry.

Although there is a sense of fleeting chaos throughout, each track seems to sonically map out a landscape within this cataclysmic sphere as Eaves travels across it. Ruin, memory, and the role speculative projections play in the way we interact with these concepts is central to Verloren, as is attempting to understand how we process all of this emotionally. Strings and synths swell over ominous beats, mysterious human-like sounds are buried under layers of sonic bombardments. Eaves also interprets Verloren as a warning - “if reality mimics our ominous, fictional projections of the future, it’s clear that our current systems aren’t resisting as much as they should be; or perhaps we will always follow the fictions we create."