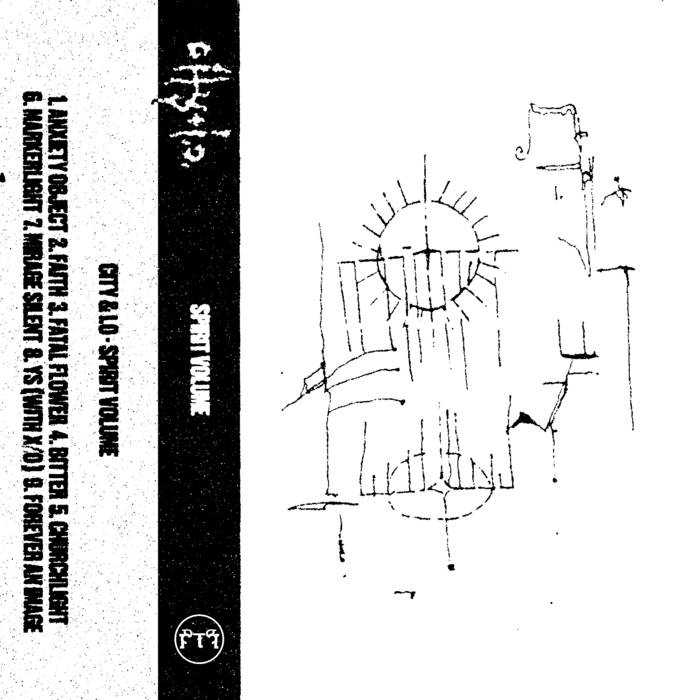 The debut collaborative album by City & i.o out June 7, 2019 on PTP cassette and digital editions.

Composed long-distance over several years, '​Spirit Volume'​ finds the musicians combining City’s industrial brutality with i.o’s frenetic, highly technical drumming. Curiously, the meeting of the two results in moments of serenity and calm that are few and far between in both of their solo oeuvres. “Faith,” a rework of a similarly-named piece that appeared on City’s debut Halcyon Veil LP, is the high water mark in terms of intensity, while “Markerlight” is an almost Bohren-esque night drive through i.o’s expansive and gorgeous guitar playing. “YS” features plaintive synth work from fellow Vancouver producer ​x/o​.

City is the alias of guitarist and producer Will Ballantyne, based in Vancouver. City has released records on Halcyon Veil and Ascetic House, and toured extensively throughout Asia, Europe, and North America.

i.o is a band consisting of Maxwell Patterson; drummer, guitarist, producer, and visual artist. Maxwell lives and works in Victoria, BC.

Written and produced by City & i.o
Drums and guitar on all tracks by i.o
Synths on YS by x/o