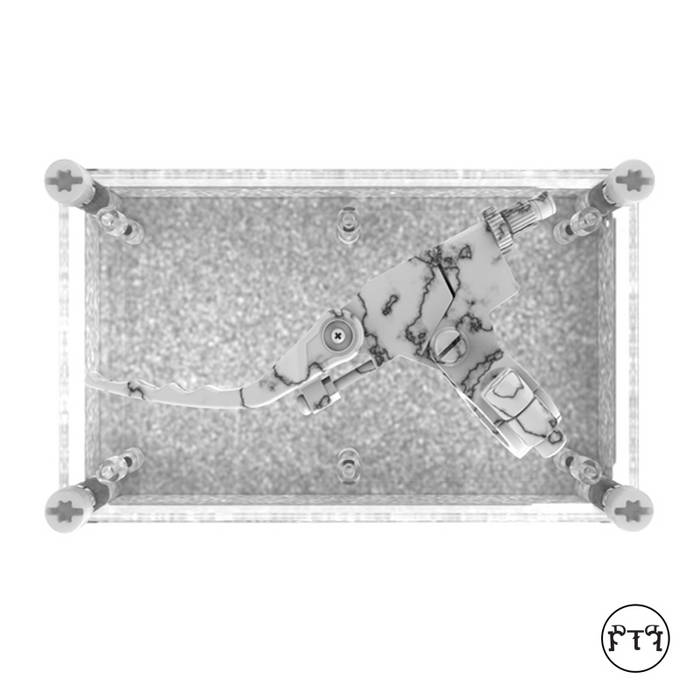 "PTP look to the precocious talents of Celestial Trax for their debut outing of 2015, and he certainly doesn't pull any punches.
From flipping the eski palette on its head via grime-club hybrid 'Stops U' to the raw, hoods-up angst and power of 'After All', a track glued together by catchy, pitched-up vocals and moody bass patterns, his ability to merge styles is impressive.
The icy 'Shallow' is our tip, though: another grime-club smash, this time produced alongside slick young sound designer, Chemist."
(MIXMAG - www.mixmag.net/read/celestial-trax-reviews)
|||

"Blending timbres of foreign-bodied artificial intelligence with a distance of pure patience, it’s as though the four tracks on Ride or Die have a call-and-response form of communication with each other than anything beat-specific. Aluminum chats with a couple samples of broken glass in the audience as the orchestra plays in a Q&A of synthetics or reality. And with a “140bpm urgency,” Celestial Trax went beyond cutting the break cords by ripping them entirely off Ride or Die."
(TINYMIXTAPES - www.tinymixtapes.com/chocolate-grinder/listen-celestial-trax-ride-or-die)
|||

We at Purple Tape Pedigree are extremely proud to unveil this EP by Celestial Trax as our first release of 2015.

Enter Ride Or Die: the 4-track score to barreling through the curves and stretches of a downed space station in which you may not be the only source of motion. Metallic, spectral, and sublimely drenched in 140bpm urgency.

"Ride Or Die is the most club ready batch of tracks I've done to the date. It represents the birth of my relationship with my NYC family Purple Tape Pedigree and all the people who have shaped my life and my work in the past year. 'Shallow' is the trans-Atlantic connection on the release and my first producer to producer collaboration."